A Hard Nut to Crack

Today I am going to share with you the origin story of the Nutcracker (all great superheros have an origin story after all!) The origin story - "The Tale of the Hard Nut" - is told by Godfather Drosselmeier in the original "The Nutcracker" by E.T.A Hoffman.  Miss H rewrote it to make it shorter and less creepy, but the main points of the story are unchanged.

A HARD NUT TO CRACK
REWRITTEN BY HANNAH

As with all great fairy tale stories, the origin story of the Nutcracker starts with a beautiful princess. This princess was called Princess Pearl. In celebration of the birth of Princess Pearl the King and Queen held many tournaments and court balls. To conclude these marvellous celebrations one final feast, greater than any feast had ever been, was held. The Queen herself was to make the delicious traditional sausages that were famous throughout the kingdom. 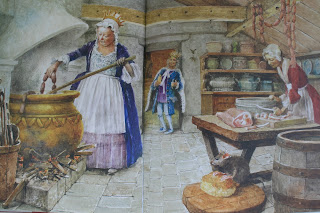 The day of the feast arrived and at the proper time the Queen gracefully entered the kitchen to cook her mouth watering sausages. A tasty aroma rose as the sausages sizzled in the frying pan. The enticing smell reached the hungry mouse queen – known as Mistress Mousie – who lusted after the special sausages. Scurrying towards the Queen, Mistress Mousie said in a quiet squeaky voice “Give me some sausages as I also am a queen and want to feast.” 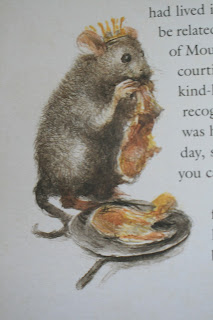 The kind-hearted queen was feeling especially generous on this festive day, so she set aside a little bit of sausage for Mistress Mousie. However, as soon as she had done so Mistress Mousie’s entire family – uncles, aunts, cousins, and sons – hastily scampered out and began devouring all the sausages. The poor frightened Queen stood helplessly by unable to fend off the swarms of mice. Luckily, the housekeeper rushed in and managed to scare the mice off, rescue the Queen, and save a few sausages. The Queen was distraught that there were so few sausages left to serve at the feast. However, her distress was nothing in comparison to the King’s anguish and grief. He had been eagerly anticipating the divine sausages made by his skilled wife as well as proud to be showing off the abilities of his precious Queen.

Upon hearing of the cause of the scant amount of sausages, the King flew into a rage and demanded the destruction of the mouse queen and all her relatives. A clockmaker and inventor by the name of Christian Elias Drosselmeier was assigned the task of ridding the palace of the mice. Using his latest invention called a mousetrap – for Clockmaker Drosselmeier is the inventor of mousetraps – he managed to dispose of all but one of the mice that had gobbled up most of the Queen’s famous sausages. 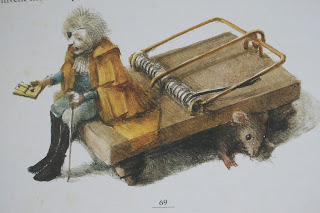 Unfortunately, Mistress Mousie was the one who managed to get away. Her overwhelming desire was to avenge the loss of her family and especially her sons. The King and Queen correctly fearing that the mouse queen would seek revenge for the death of her relatives, set guards around Princess Pearl day and night.

One night, however, the faithful guards all fell asleep and, seizing her moment, Mistress Mousie pounced upon the sleeping princess and cursed her. Suddenly the guards awoke and rushed to the Princess’ aid, but alas it was too late. Princess Pearl had lost all her beauty and was now unpleasant to look at. 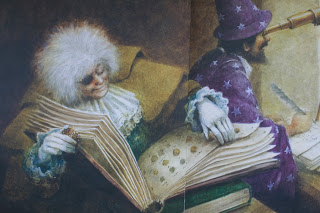 “My friend, you need to find the hardest nut in all the world – the Krakatuk nut – which then needs to be eaten by the Princess in order to restore her beauty. The man who cracks the nut must be young and has never shaved before. After successfully cracking the nut he must take seven steps backwards without stumbling and with his eyes closed or else he will be cursed with what Princess Pearl had.” 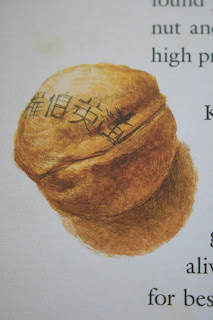 Eagerly, Clockmaker Drosselmeier, the Astronomer, and young Mr. Drosselmeier headed back to the palace. Princess Pearl was now a teenager, but rather than improving in her looks, she had instead become even more unpleasant to look at. The King was so keen to have his daughter restored to the beautiful lady she should be that he promised her hand in marriage to whomsoever was able to crack the Krakatuk nut. Other young men tried, but were unable to break open the hardest nut in the world and were left with very sore teeth. Then it was young Mr. Drosselmeier’s turn. Princess Pearl thought he was handsome, indeed he was very handsome, and she wished that he would be the one to open the nut and marry her.

Mr Drosselmeier stepped forward and popped the Krakatuk nut between his teeth. Using his wooden pigtail, he crushed the nutshell to pieces and handed Princess Pearl the kernel. As soon as she had eaten it, Princess Pearl was restored to her angelic beauty. But all was not yet complete. Mr. Drosselmeier closed his eyes and started taking seven steps backwards – which was made more difficult by the celebration going on around him. However, he successfully managed the first six steps. As he put his foot down for his seventh and final step, Mistress Mousie raced out from her hiding place and under Mr. Drosselmeier’s foot causing him to stumble. It was Mistress Mousie’s final act of vengeance before dying from being crushed under foot. 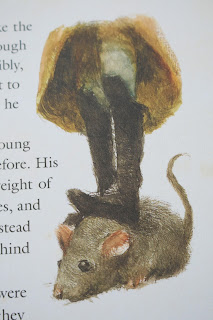 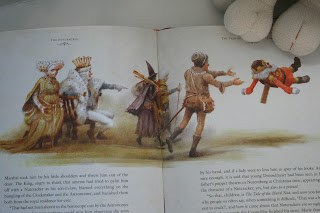 But that is not the end of the story, for there is a way in which the Nutcracker can once again be restored to the handsome young man he was. If, by his hand, he could kill Mistress Mousie’s son – the Mouse King (who was born after the death of her relatives) – and if a lady loved him despite the way he looked, he would be free from the curse. 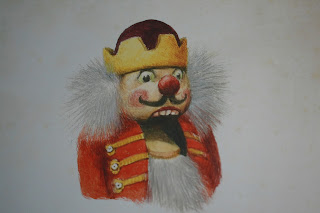 SPOILER ALERT: The Nutcracker finds true love and is restored to his former handsomeness. YAY!