Miss H, the Mother, the Boss and I drove down to Wellington (with a stop at a quilt show in Matamata). They went for the weekend to see the Geek as it was his birthday on the 24th. 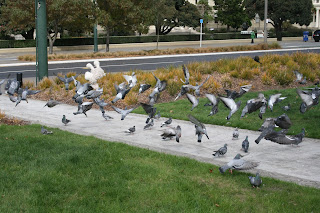 Can you spot me flying with the pigeons? 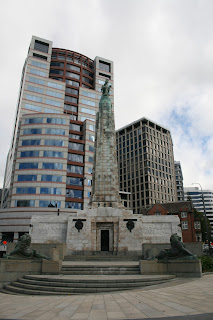 This is the cenotaph in the middle of the city.
It's a bit hard to see in this picture because of the building behind.

These are on the cenotaph in honour of the fallen from WWI and WWII. 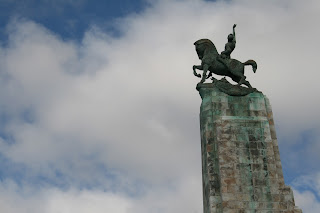 This is at the top of the cenotaph. 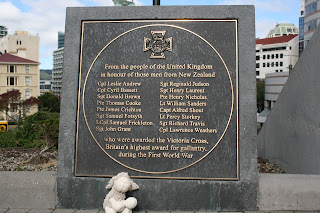 This is from the people of the UK and is for those who were awarded the Victoria Cross during WWI. 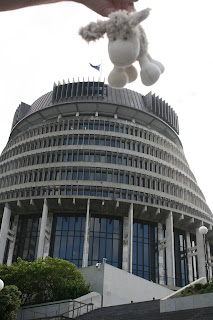 Wheeeee! I I am standing on top of the Beehive (NZ's Parliament House).

Miss H, the Mother, and the Boss had a tour around Parliament - but not ME!
I was left in security with Miss H's camera and everyone's cellphones. Harumph!

It is almost ANZAC Day - which is when New Zealanders and Australians remember and honour those who fought.
So our next stop was the Wellington Botanical Gardens where there was a display of crosses representing the Wellingtonians who dies in WWI. 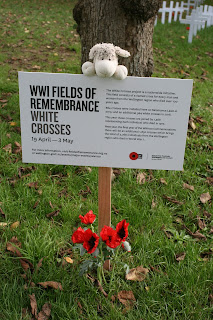 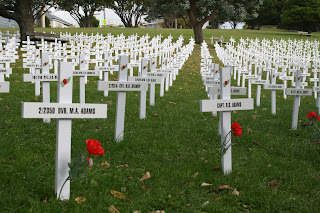 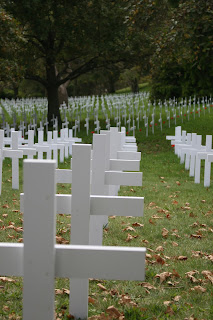 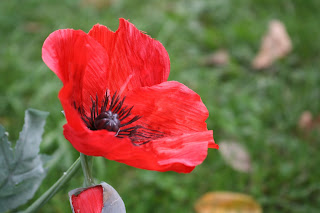 The poppy is the symbol of ANZAC (Australia New Zealand Army Corps). 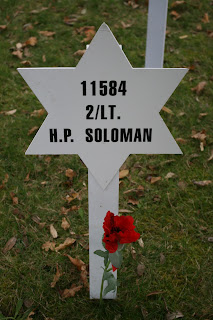 The Mother and Miss H (who LURVE history) were interested in the fact that there was only two Stars of David. They thought that there must not have been a very big Jewish population in Wellington before WWI. 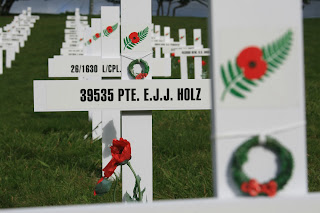 These two crosses represent two brothers who signed up on the same day (their numbers are consecutive) and who both died fighting for their country. Their ancestors still remember them and added those little wreaths to their crosses. 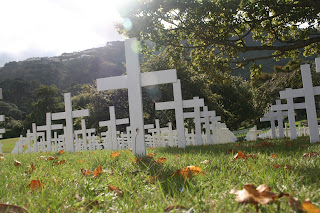 Miss H thinks this photo represents hope with the sun shining on the crosses - because of these men and women's ultimate sacrifice we are able to live in freedom.