Bledisloe Cup 2015 - not at all sewing related, but very very fun!

On Saturday night Miss H got to go to her first ever All Blacks game on Saturday night (NZT). The All Blacks are New Zealand's national rugby team. They were playing their arch rivals - the Wallabies (Australia) - for the Bledisloe Cup, which NZ has now won the last 13 times in a row. 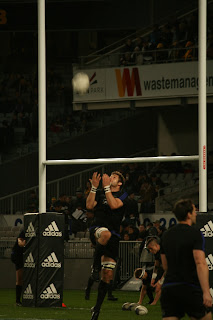 This is Richie McCaw, the captain, warming up. It was his 142 test match - he holds the world record for the most played international test matches. 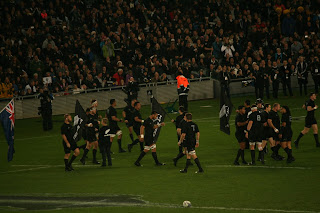 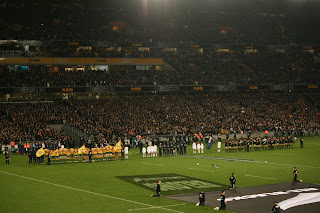 The teams lined up for the national anthem. The whole stadium sang the NZ one. 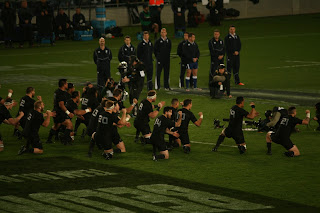 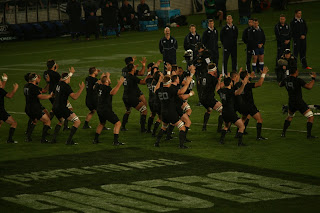 This is the haka - a Maori war dance - which is done before every game. ﻿ 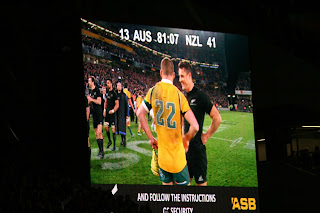 WE WON! We absolutely smashed the Aussies - 4 tries to 1!
It was the last game on NZ soil for some of our senior players, who were either retiring or going overseas to play - including Dan Carter (pictured above), Ma'a Nonu, Richie McCaw, Conrad Smith, Kevin Mealamu, and Tony Woodcock. But first they will play for us in the World Cup later this year. 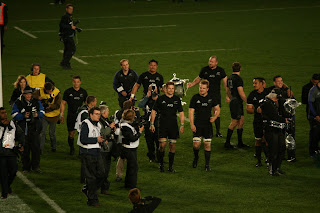