We have just returned from a road trip taking the Geek down to Wellington for his first job out of University. 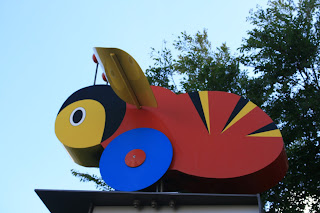 Hey, there Buzzy....how ya going!  This is a super sized buzzy bee.  It is a special NZ toy and usually has a string for a child to pull it along and it makes a cool noise. 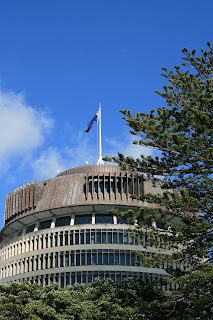 This is our Parliament building - it is called the Beehive. 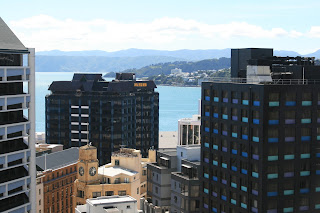 Miss H took a shot out of the Geeks tiny bedroom - just a peek of the Wellington harbour. 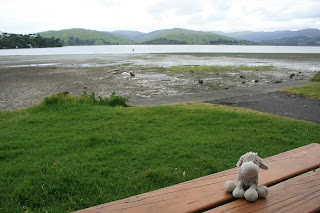 And look it's me, beautiful green grass and the ocean.  Heading home to Auckland after the weekend in Wellington making sure the Geek was all settled in. 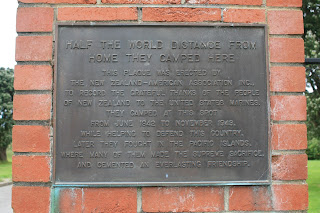 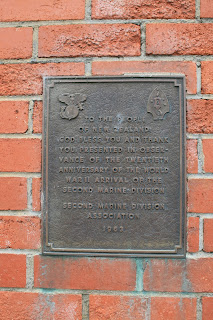 We also stopped at this cool memorial from the Marines to commemorate them being in New Zealand during the 2nd World War.  They lived and trained in 2 camps before heading out to fight in the Pacific.  They also came back for R and R when they needed it. 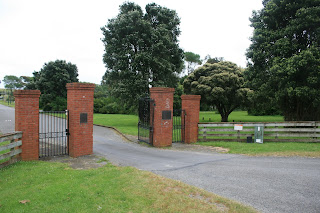 These are the gates on which the plaques were on, leading to the area where the Marines camped. 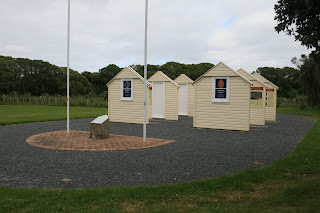 This is the special memorial - which is designed based on the huts the officers lived in and faces the same way as the original huts. 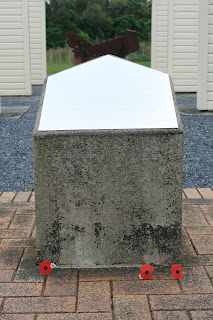 It was lovely to see the Anzac poppies still there from  the recent celebration. 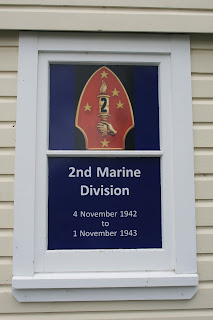 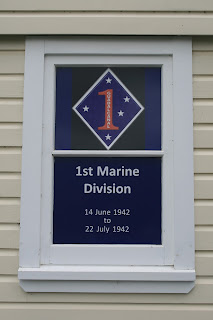 These are the Marine Divisions that camped in New Zealand. 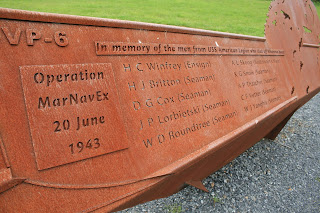 There was a special memorial at the end of the huts. During one of the training days one of the boats tipped over in the surf and unfortunately many of the men on board couldn't swim and 10 of them died. 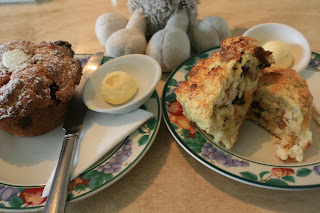 Look what yummy food we got to eat on the way back.  Yummo!  Miss H has the raspberry and white chocolate muffin and the Mother had a date and apricot scone - which was super yummy. 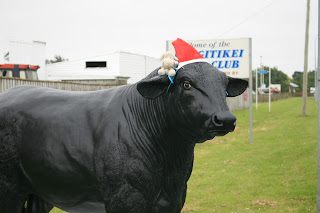 We went through a place called Bulls!!  Hee...hee... true.....and look!....this bull is wearing his Christmas hat!!  The sign at the beginning of town says 'Herd of bulls, a town like no udder' 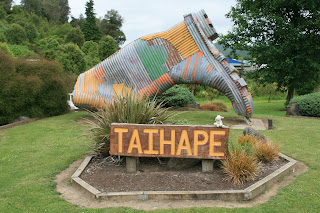 And through Taihape - they pride themselves as the gumboot capital of the world.  They have gumboot throwing competitions.You can spot me sitting on the sign - my foot wasn't big enough to fit the gumboot. 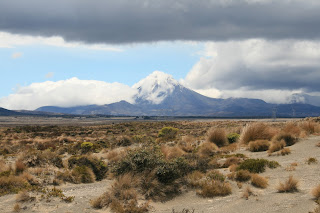 The Mountains in the National Park were looking beautiful!  - this is Ngauruhoe. 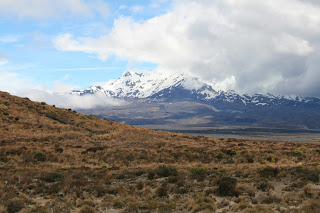 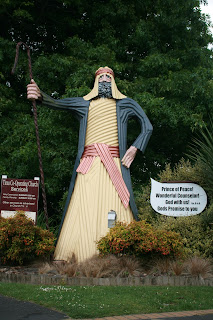 And look we found Joseph outside a church.  He kinda looks like he is thumbing a lift for him and Mary to get to Bethlehem on time.....hee...hee......